When Donald Deye, MD, FACP, got his first taste of medicine, it was a bit of a shock. Most high schoolers’ jobs don’t require them to dispose of an amputated foot in an incinerator. But if you think Don let that or almost passing out watching a surgery deter him, you don’t know Don!

Instead, the internist, who practices at Allina Medical Clinics in Cambridge, MN and serves as Chief Medical Officer for Oakstone CME, was enamored with the doctors at Community Memorial Hospital in Winona, MN. He said they were “incredibly wonderful role models, who were smart, happy, funny and clearly loved their patients.”

When he was 16, he stumbled across an abandoned internal medicine textbook, and he did what few 16-year-olds would do – he picked it up and started reading! Don was hooked.

But if you think the story proceeded predictably from there, you’d be wrong. You see, Don had another passion. He loved being a disc jockey. He got his first taste of it his sophomore year in high school when he worked at a local radio station. He then moved on to his college radio station, where he spun rock-and-roll tunes on Saturday nights, and hosted “Don Deye Goes Baroque” – yes, he played baroque music – on Sunday mornings.

Internal medicine did win out and, amazingly, Don has spent his entire career at the same practice. “Patients who were 50 years old when I met them are now in their 90s, and it’s like hanging out with old friends,” said Don.

“We know each other quite well. And every now and then I do something that might save a life and patients thank me for it. Those kinds of emotional bonds are the most rewarding.”

Don said if he could give a piece of advice to today’s residents, he’d tell them to consider specializing. “When I made my decision, we didn’t have other types of primary care providers, such as physician assistants and nurse practitioners. Now, they’re extremely important to the medical field. If residents find a subspecialty they’re passionate about, they should go for it. Otherwise, they can have a wonderful career in primary care.”

Don has managed to feed his interest in broadcasting through Oakstone’s Practical Reviews audio CME program. Soon after leaving residency in the 1980s, Don received a flyer in the mail advertising a series of 12 medical audio journal clubs. He subscribed to Practical Reviews: Internal Medicine and listened to the cassettes on his Walkman. He received a feedback form, which he completed and noted his interest in broadcasting. He did not hear back at first, but a year later he was paged while on hospital rounds. When he picked up the phone, he heard the voice of Bernard “Buddy” Schencker, MD, the creator of Practical Reviews. Buddy asked Don if he’d be interested in doing voice overs for Practical Reviews: Cancer Management. He jumped at the chance.

For eight months he recorded scripts, and in return received Practical Reviews for free. Buddy invited Don to visit the company in Birmingham, AL, and gave him the grand tour. Don eventually learned that he was being groomed to be Buddy’s successor. “He was getting older and wanted to keep the company going after he retired. Of course, I couldn’t afford to buy the company, and I didn’t want to uproot my family.”

Don became the Medical Director for Oakstone, and the rest is history! His biggest claim to fame is serving as the host of the highly acclaimed MKSAP Audio Companion, which is based on the American College of Physicians’ Medical Knowledge Self-Assessment Program. Don has dutifully interviewed leading clinicians for the audio companion since 1999.

What is the Don’s secret formula for creating quality CME programming? “We tell bad jokes,” chuckled Don. “We try to throw them into the audio companion about every 15 minutes. It’s a little like a slot machine -- if you keep playing, eventually you’ll win something. It’s the same with the MKSAP Audio Companion. You know eventually another joke will come along, and it makes the experience a little more fun and keeps people listening. For me, that’s an important part of the learning experience.”

Away from work, Don enjoys biking and gardening with his wife, as well as singing in his church choir. “I love all kinds of music, and singing is a very deep source of pleasure and happiness in my life. It has been since I was in high school.”

When told it seems as if he found all of his life’s passions in high school – medicine, broadcasting, singing, and telling bad jokes, he said we were only partially correct.

“I found my lovely wife after high school.” 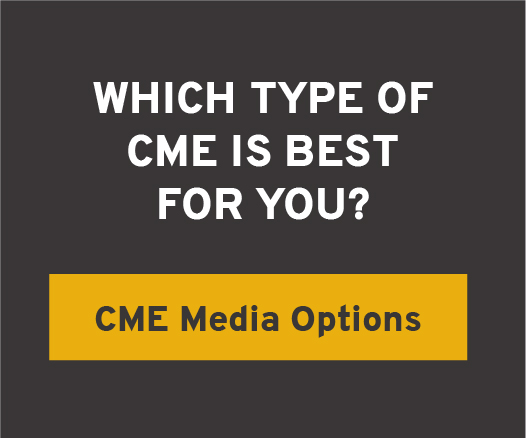